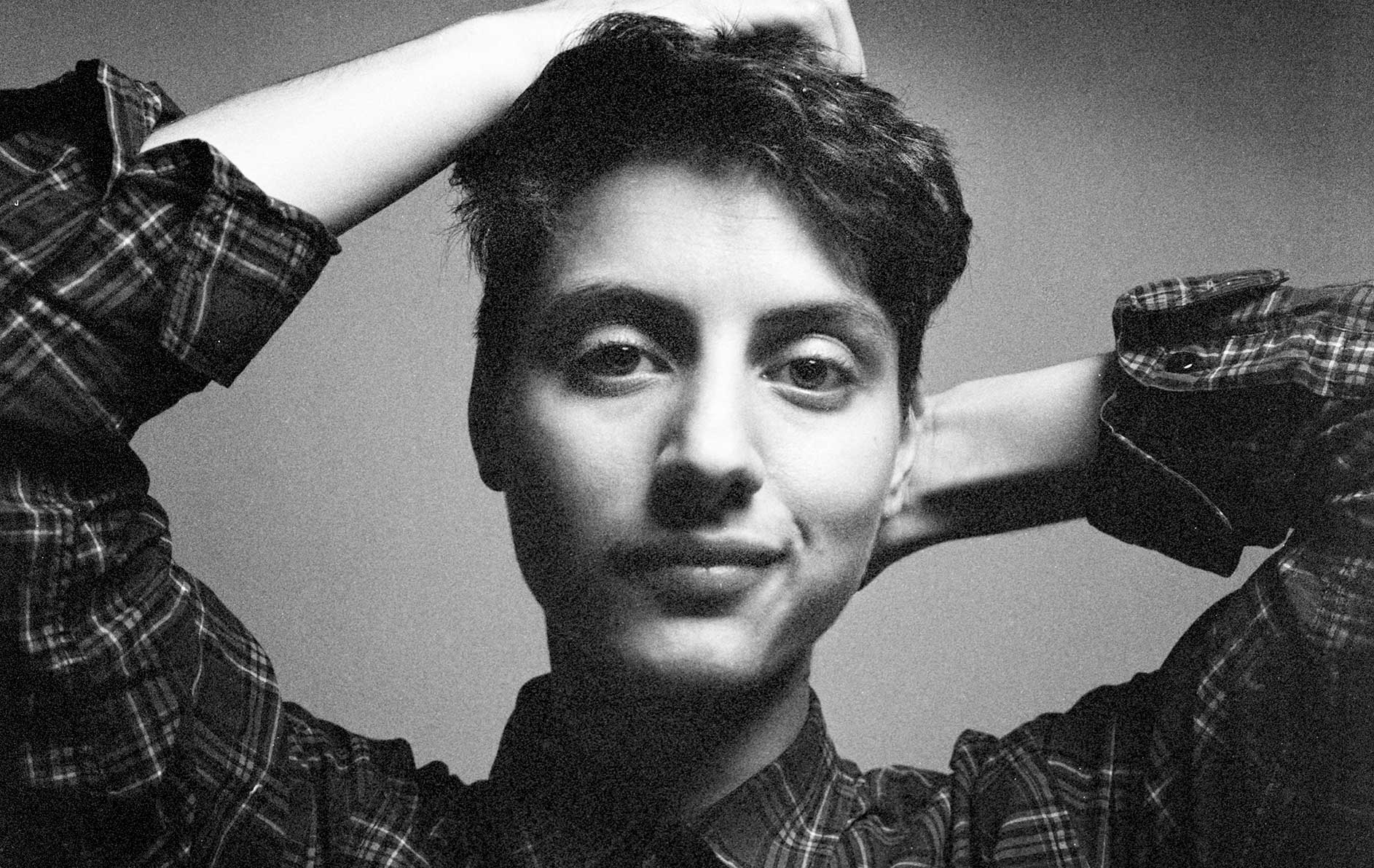 Nino Mick is a Spoken Word poet based in Gothenburg, Sweden.

They won the National Poetry Slam Championship in 2013, after slamming for four months. After self-publishing a number of chapbooks, their debut book Tjugofemtusen kilometer nervtrådar ("Twentyfive thousand kilometer nerve fibres") is released in 2018, published by Norstedts, the oldest publishing house in Sweden.

A performer since 2014, Nino has performed in Sweden, Finland, Norway, Denmark, France and UK, as well as in Spain through link. Performs in swedish and english.

Gender, sexuality, families, God, climate change, natural sciences and art history are some of many themes in Nino's poetry. Preferably in combination.

We ate each other whole, after that
didn't dare to leave a trace
we binged on cocks,
pussies,
apples
rooted in our stomachs
like they warned us about
when we were younger
and suddenly
we knew what they never had told us

there are seeds in pleasure
saplings breaking free
my core family values
are mouldering away
my sex has saved me
baptised me in sap and juice
the tree
growing from my throat
became a cross
where I have crusified myself
and I fucking like the pain
I die from everything
I ever tried to be
Don't ever call me Eve
Adam never owned a single bone of mine
I am a serpent molted new
I know, it's very tempting
this gender bending spine

God
if you are done
drowning in the flood of sins
that's flowing from Genesis
and ever since, from the history books
of Christianity
I wanna know what the hell you're thinking
of me

and all I hear is silence